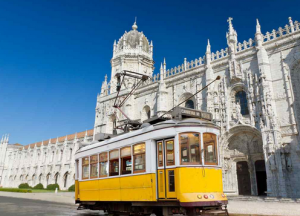 The definition is a central operation in the work of a terminologist. It allows one to identify the concept, and to distinguish it from other concepts within the conceptual system to which it belongs.
Thus, we have to ask what does one mean by “identify the concept”? Does it mean that we give the concept a name in order to be able to speak about it? Does it mean that we describe it through linguistic usages of the term? Does it mean that we show its characteristics in the sense of the ISO standard 704? In spite of the fact that the concept of definition in terminology work has given rise to numerous works, it continues to be an ongoing problem whose answer depends on the purpose of the terminological work. Thus, the operationalisation of terminologies that is necessary for the retrieval of information requires new constraints. The explicit representation of the concept for computing has introduced the notion of formal definition of the concept in terminology work.
This workshop aims to study the concept of definition in terminology, in order to understand the relations and the mutual contributions between the definition in natural language and the formal definition whose benefits are as much epistemological as computational.
Download the program
Organising committee
Rute Costa, Universidade NOVA de Lisboa, CLUNL – Portugal
Christophe Roche, Université Savoie Mont-Blanc – France