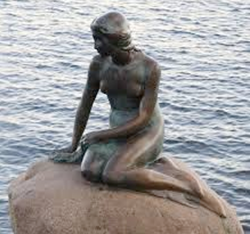 The Centre for Textile Research in Copenhagen employs terminology work in epigraphy, texts and iconography as sources for the delimiting and designation of concepts. International standards, such as ISO 704: Terminology work – Principles and methods, indicate that definitions can be replaced by diagrams, and terms by codes. Another useful perspective in this regard is ISO 24156: Graphic notations for concept modeling in terminology work.
Global consensus is not new in the field of textiles – non-verbal representation has been integrated and used in various script systems for the past four thousand years to convey the qualities of cloth. Representing a concept by using an illustration is universal, but the effectiveness of these signs is dependent on a shared understanding. What is the situation in other disciplines?
Download the proceedings
Scientific Committee
Rute Costa, Universidade NOVA de Lisboa, CLUNL
Susanne Lervad, Centre for Textile Research (CTR) and Termplus
Marie Louise Nosch, Centre for Textile Research (CTR)
Christophe Roche, Université de Savoie
Lotte Weilgaard, University of Southern Denmark, SDU
Fidelma Ní Ghallchobhair, Irish Terminology Committee
Henrik Nilsson, Terminologicentrum, TNC, Stockholm